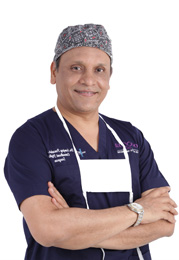 Prominent ears or protruding ears are developmental problems. The ears are flat and stands out of your head during the early stages of your development (fetal stage). B you are born it is supposed to roll and fold forming helix and antihelix and eventually it gets closer to the head.

Prominent ears can happen due to interruption of the various stages of formation of folds ( helix and antihelix) and cavities ( concha and scapha) of the ears. This often is a cause of embarrassment and bullying and people tend to grow long hairs to cover the ears. they affect males and females equally statistically. 5% of people tend to have this problem.

What exactly is the problem in prominent ears and does it require correction?

There are various components of prominent ears such as absent antihelical folds, overdeveloped conchal cartilage and or increased auriculocephalic angle ( angle between ears and skull bones).

It requires correction only if it is excessive or if it is bothering the person. If it is noticed during childhood it may be a cause of concern to parent more than the child. it is best to seek professional advice to decide whether or not it needs correction.

Are there any tests required before proceeding for treatment?

The most important test is physical examination of the ear. The surgeon will assess the following

What are the options for correction of prominent ears?

Non surgical options are limited. Taping and splinting the ears against the skull before six months of age has been shown to be effective. there are various devices that is customized for a child. It may have to be used for several months

What is the postoperative care after otoplasty?

A bandage is applied after the surgery for 24 hours. This is followed by application of a head band 20 hours a day for one week. then head band can be used for 12 hours a day for a month. It can be painful the first night so a strong pain killer is advisable. Patients can return to work in one week.

Prominent ears or protruding ears are developmental problems. The ears are flat and stands out of your head during the early stages of your development (fetal stage).